Bihar has been described in mythology, in history. Doesn't matter that its alternate name such as Magadh has been used more in ancient. The land of Bihar gave two major religions, Jainism and Buddhism, to the world. Great kings like Chandragupta Maurya, Emperor Ashoka have ruled ancient Bihar whose capital was Patliputra. This Pataliputra is known as Patna in the modern era, which is still the capital of Bihar. 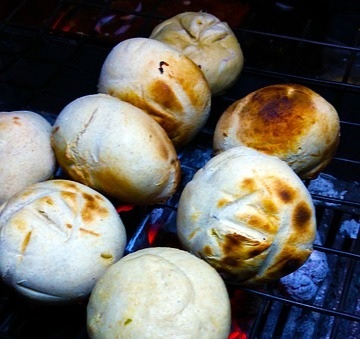 Bihar, a state with a comprehensive impact on Politics in India. It is in eastern side of India and bordered with Nepal in North. West Bengal and Uttar Pradesh are in northeast and west side of Bihar respectively. It is 13th largest state in India. In year 2000, Bihar was divided into 2 parts and isolated from its southern part which is named as Jharkhand. Today's modern Patna is the capital of Bihar.

Let's know some count from Bihar. There are total -

Let's now peep into the pages of the history of Bihar. The history of Bihar is very interesting as well as being old. The name Bihar is derived from the Sanskrit word 'Vihar'. The ancient name of Bihar is Magadha, and capital was Rajgir in ancient times. Bihar had an important role in history of India. In ancient time, Bihar was centre of culture, power and education. Bihar has 3 regions with their own identity and culture. These 3 regions are - Magadh, Mithila and Bhojpur. Magadha was one of the powerful kingdoms in Buddhist times. It was located in southern Bihar which later became the most powerful Mahajanapada of North India. It became a world center of glorious religiosity. Modern Patna and Gaya was included in Magadh Kingdom.

Bihar is known as birthplace of two popular religions Jainism, Budhism. Bihar was a significant centre during vedic period. Modern Bihar is also known as Land of IAS officers because it has produced a number of IAS officers than any other states in India.

Bihar, which was the strongest kingdom in ancient time, is lost today somewhere in history.

Bihar is divided by holy river Ganga into 2 parts. One is called North Bihar and another named as South Bihar.

Land of North Bihar is alluvial region and it is around 250 ft. above sea level. Gandak, Kosi (Koshi), Baghmati, Mahananda are the main rivers which flow down in northern Bihar. Kosi or Koshi river causes lots of damage to northern Bihar because of destructive flood nature and the reason this river is known as "Sorrow of Bihar" (बिहार का शोक)


Below are the list of District in North Bihar -

Below are the list of District in South Bihar -